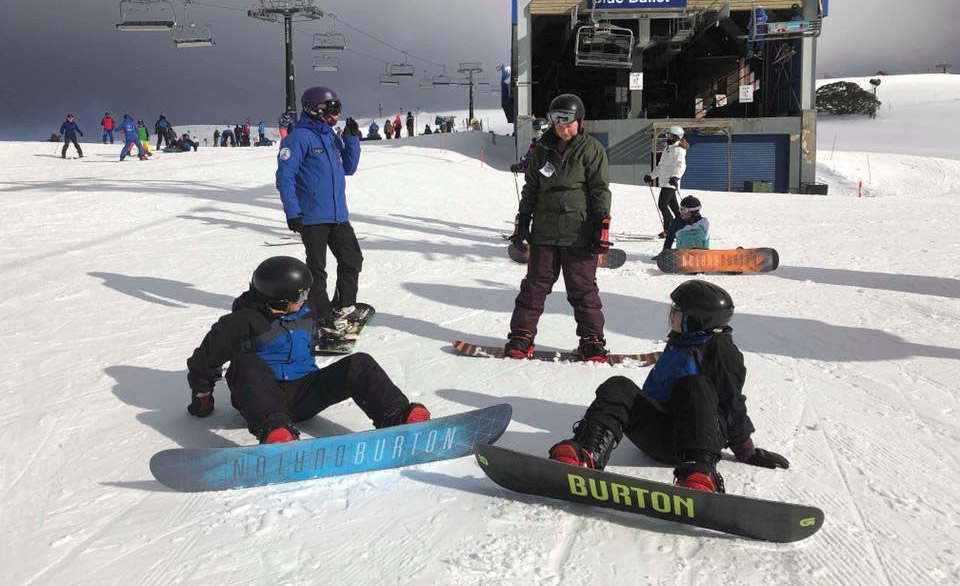 In the school holidays twelve students form MCAS went with Yankallila AS and Victor Harbor HS by bus to Mount Buller
in the Victorian Ski Fields.

The bus trip was overnight so we had to eat dinner and sleep on the bus with regular stops along the way.
The frst glimpses of snow made everyone rush to the windows on the side of the bus and start taking photos. There
were several students who had never seen snow before and were amazed and excited.

We arrive at Mount Buller late the next morning and went to our Lodge to unpack all our snow gear to wear outside so
we could go and pick up our snowboards and skis and start our first lesson.
There were two different classes to choose from: snowboarding and skiing. Most of the students did snowboarding and
made lots of progress and got lots of bruises on their knees (and everywhere else)!

The first two days the snow was more icy which made it more slippery and harder to stop. By the third day there was
lots of snow and the boards were sinking into it! The extra snow made it a softer landing, by this time everyone’s
muscles were feeling pretty sore as well!

Each day we would get food passes to select our food from a servery (like an American high school, with a tray to collect
our food). The food was really good with hot chips and pizza being my favourite.

The first night we did night skiing with all the big food lights on. On the other nights we would go back to the lodge and
dry all our snow gear in the drying room, then go to the game room to play pool or table tennis or darts, watch TV and
relax after a busy day. There was also a movie room with couches that we could use.

The highlight was going up on the ski lift and the challenge of trying to get of at the end – that was fun. Going down the
big steep hills which made you go fast was also exciting. The other major challenge was the rope activity where you had
to pull yourself up a steep hill while on your snowboard, it was a lot of fun.

I would definitely go again because it was fun, beautiful seeing the snow and because we were high up in the mountains
you could see all the other snow-capped mountains around you. You get to meet new people from different schools and
get to know others kids from our own school better as well.

The day we lef there was a really heavy snowfall and we got snowed in for a few extra hours. The road into the resort
had a high number of buses and cars sliding of the road because it was so icy and visibility was low. We eventually got
on our way but about 3 hours late. It was a very quiet trip home, everyone was fast asleep and exhausted from a week
away in the snow!